Despite the uncertainty of whether or not they will even be able to play this summer because of the COVID-19 outbreak, the Hays Larks are proceeding forward with their 2020 baseball season.

“You almost have to press forward,” said Larks manger Frank Leo. “I know we're in a tough situation right now with the virus and that’s the main concern. We just can’t put everything on hold then all of sudden here in about five weeks we get a go that everything’s going to be good then have to scamper.”

Leo says they’ve continued to do all the things they would normally do at this point of the off-season, things such as fundraising, scheduling and finalizing their roster.

“The roster part has been interesting,” Leo said. “Now we’re getting a lot of coaches calling to see if we have any openings because they’ve got kids they weren’t going to send out but now with the limited innings and playing time they’re wanting to send more kids out.”

The COVID-19 virus has cost the team one player on their roster. Jarrod Belbin, who batted .320 last season and went 5-for-9 with four extra base hits in the Larks three games at last summer’s NBC World Series, returned to his native Australia after his sophomore season at Western Arizona Community College was canceled. Belbin will not be allowed to return United States for the time being due to travel restrictions.

Following the breakup of the Jayhawk League, the Larks played in the Kansas Collegiate League Baseball last season but are now set to begin their first year in the Rocky Mountain Baseball League. A move made in part due the unwillingness of KCLB teams in the Wichita area to travel to Hays to play games.

In the RMBL, the Larks will play the other league members four times, twice in Hays and twice in Colorado. The league is scheduled to participate in an All-Star Game against the Mile High Collegiate Baseball league at the end of June. The two leagues are also negotiating a post-season tournament that would feature the teams that finish in second through fifth place in each league.

The RMBL champion will receive a spot in the first week of the NBC World Series.

The NBC World Series, which is in its 86th year, will have a different look in 2020 but it has nothing to do with COVID-19.

The new Riverfront Stadium, which was built on the site of Lawrence-Dumont Stadium and is the home of Wichita’s new Triple-A affiliate Wind Surge, will only be available for one-week. As of now, that is scheduled for August 5-11.

The National Baseball Congress will hand out 16 bids to league champions who will meet in a double-elimination tournament in Hutchinson July 28th - August 3rd.

The top-four finishers advance to Championship Week in Wichita where they will be joined by last year’s champ and runner-up (Seattle and Cheney) and two at-large teams. 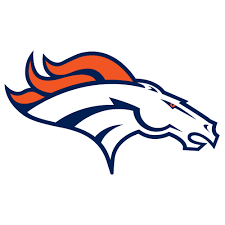 ENGLEWOOD, Colorado (AP) — A person with knowledge of the deal tells The Associated Press that the Denver Broncos have agreed to a two-year contract with free agent tight end Nick Vannett.

The fifth-year pro from Ohio State played for Seattle and Pittsburgh last season. Vannett's deal with Denver is worth nearly $6 million.

Vannett will serve as the No. 2 tight end in Denver behind 2019 first-round draft pick Noah Fant. His addition could spell the end of tight end Jeff Heuerman's time with the Broncos.