HAYS, Kan. – Fort Hays State tried to overcome a slow start with a second half rally but it came up short in a 85-67 loss to No. 18 Missouri Southern State Saturday afternoon at Gross Coliseum. The Tigers (6-5, 0-3 MIAA) remain winless in conference play while the Lions (10-2, 3-0) remain unbeaten in conference action.

They fell behind by 19 early in the second half and were down 17 with 8:05 to play, but a 10-0 run closed the gap to 69-62. Following a turnover, Devin Davis was called for an intentional foul which led to a scuffle under the Lions basket. Three technical fouls were issued, two on the Tigers which led to 14 unanswered points by the Lions to put the game away.

Jared Vitzum hit five threes, one off his career high, and scored 14 of his team-high 17 points in the second half. Calvin Herrington went 3-for-5 from beyind the arc and added 11 points.

Cam Martin, who came into the game averaging nearly 23 points per game, was held to seven points but pulled down 11 rebounds and had four assists. Kinzer Lambert hit six three and tied a season-high with 24 points.

The Lions shot 53-percent for the game and went 13-for-23 from beyond the arc. 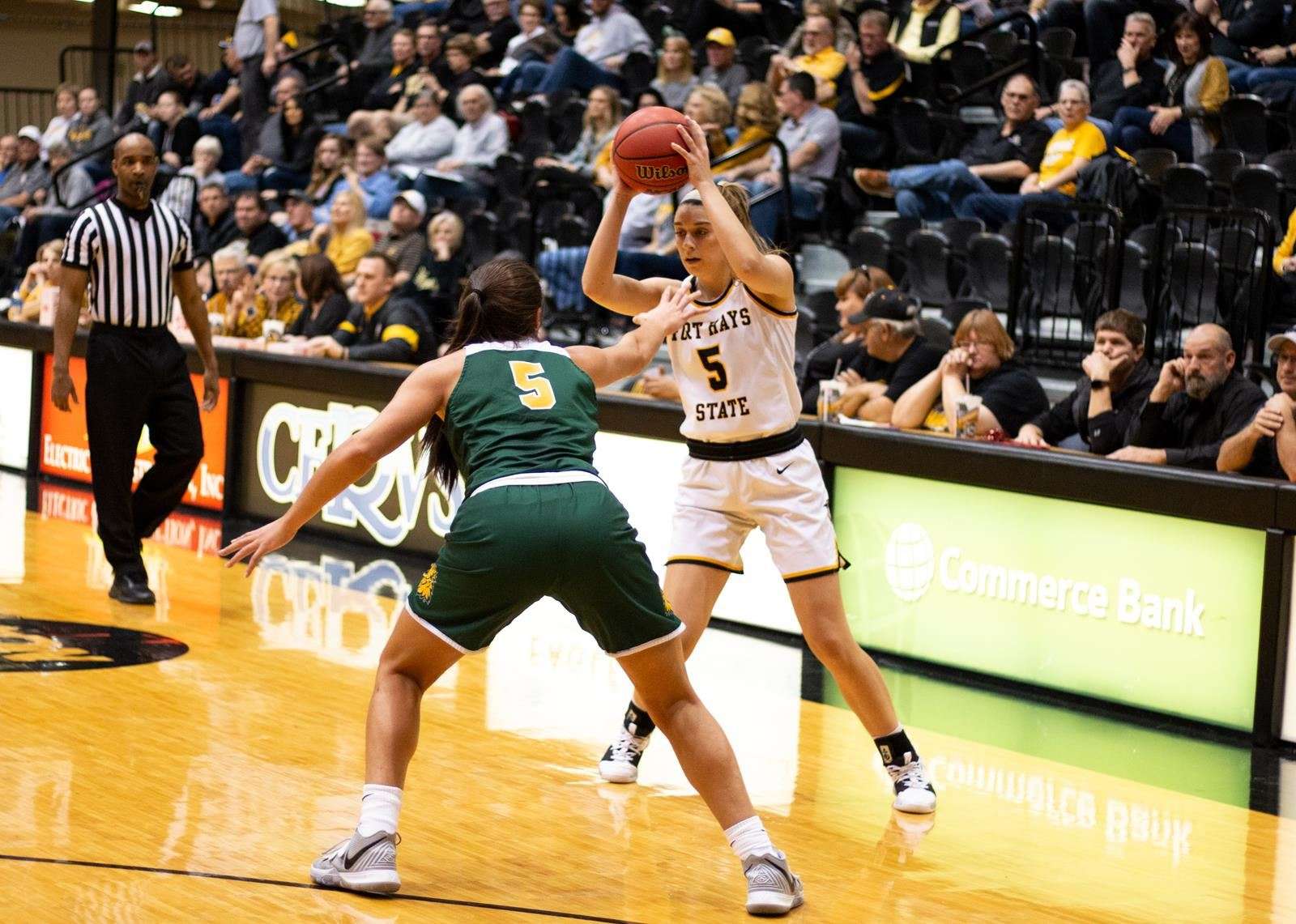 Taylor Rolfs went 3-for-6 from beyond the arc and also scored 13 and Whitney Randall added 11 points and seven boards helping the Tigers (10-2, 1-2 MIAA) to their first conference win.

FHSU forced Missouri Southern (3-8, 0-3 MIAA) into 24 turnovers and outscored the Lions 31-2 in points off turnovers.

The Tigers never trailed in the game, jumping out to a 6-0 and 11-2 first quarter lead. A 17-2 run pushed their lead to 21 late in the second quarter.

MSSU scored eight straight early in the third to close the gap to 43-33 but the Tigers answered with a 16-4 run over the next five and half minutes to push the lead up to 22 points.