Azubuike and Dotson give Kansas a USBWA All-America selection each of the last four seasons. Last year, Dedric Lawson was a third-team selection, while Devonte’ Graham was a first-team choice in 2018. In 2017, Frank Mason III was a first-team honoree and the Oscar Robertson Trophy recipient as the USBWA’s national player of the year. In KU head coach Bill Self’s 17 seasons at Kansas, there have been 14 Jayhawks named to USBWA All-America teams (see below).

Azubuike, a senior from Delta, Nigeria, led Division I in field goal percentage at 74.8%, which helped his career percentage of 74.4% break the all-time Division I field goal percentage record of UCF’s Tacko Fall (74.0%). Azubuike led the Big 12 in rebounding (10.5 rpg) and double-doubles (15) and was second in the conference for blocked shots at 2.6 per game. A unanimous All-Big 12 First Team selection who was named Big 12 Player of the Year, Azubuike was the only player in the conference to average a double-double (13.7 ppg, 10.5 rpg). 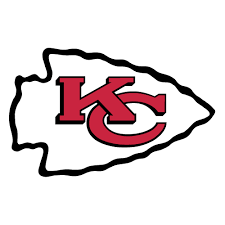 Pennel signed with the Chiefs about halfway through the 2019 season and appeared in eight regular season games. He recorded 24 tackles and one sack during the regular season and then started two of the team's three playoffs games.

Pennel was undrafted in 2014 and signed with the Green Bay Packers as a free agent out of Division II Colorado State-Pueblo. He spent three seasons with the team, appearing in 37 total games before being claimed off waivers by the New York Jets. Pennel spent the next two seasons with New York, appearing in all 32 games and making 10 starts.