HAWVER: Kan. lawmakers will have to live with, defend decisions

Yes, it sounds a little odd to call it a Spring Break/coronavirus first adjournment of the Legislature, but that’s where we are, and lawmakers before heading out two weeks early for that annual break prepared the state as best they could for whatever that pandemic is likely to bring within the next month…or maybe two….

That early first adjournment saw lawmakers pass an initial budget for the remainder of this fiscal year and next fiscal year…waiting and hoping to learn what the epidemic is going to do to the state.

This isn’t just – now doesn’t this sound heartless — a local flood or a drought that reduces crops or threatens the livestock industry. It’s a border-to-border health/ economic emergency. Can’t fix things nearly as easily as those localized disasters were dealt with. It’s bigger, much bigger in the problems that it will spark. It’s a stirring redirection of legislative authority.

The focus on Medicaid expansion and a proposed constitutional amendment dealing with regulation of abortion paralyzed much of the session so far, but those issues were put aside while a bare-bones budget and several bills to respond to the pandemic and its effect on Kansas were passed, some already signed into law.

Before leaving town, lawmakers created a $50 million fund from which the state budget director can ask legislative leadership for cash to deal with emergencies…if they sign off on the expenditures...

The Legislature does allow Gov. Laura Kelly to lead the pandemic response efforts, making the sometimes-jarring public policy decisions (closing school buildings) that are already shaking the state from border to border. But it also put a leash on her authority for some relatively strange-sounding reasons. For example, lawmakers won’t allow the governor to restrict movement of people or their animals in the state, which might limit the spread of the disease but which some conservatives find heavy-handed. A breach of the constitutional issue of freedom of association, they assert.

And the gun-rights legislators also limited the governor from any restriction on traveling with guns, ammunition or explosives – and liquor – within the state. That’s the good old 2nd Amendment issue that always goes better with a drink or two…

Kelly’s closing of schools, or at least attending classes in schoolhouses for the rest of the school year, was seen as an over-reach by some lawmakers, who being elected from districts want their local school and public health leaders to make that decision.

Well, Kelly closed down those schools – not learning by Internet or such, but school buildings. That means the whole educational process for children and the near-grownup high school students is shaken. And those kids stay home and their parents have to watch them. Probably the most notable upside – besides reducing transmission of diseases – is that the schools are now leading in efforts to make sure those students who relied on breakfast and lunches at the schoolhouse are getting them delivered to their homes, a vital public health service.

But…and being practical about it, the governor’s wide-sweeping executive orders during this state emergency come down to politics for some. Like the Legislature where all 40 Senate seats and all 125 House seats are up for election this August and November.

Just how much authority are legislators going to give the governor for health-necessary, economic-stability orders? Well, virtually every order which the governor issues to deal with the outbreak is going to get a review by legislative leadership, which has authorized itself to scrutinize or delay, or even overturn, those orders.

That doesn’t quite put your local legislators in charge of battling the epidemic but might leave their fingerprints on restrictions on Kansans’ way of life…for reasons that they may or may not have to justify when they are campaigning.

We’ll see how this works out… 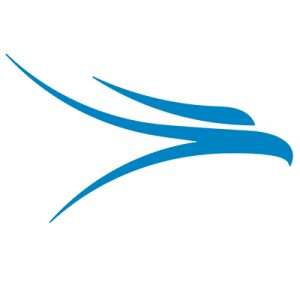 *All Kansas public and private schools, Kindergarten through Grade 12, are closed through their respective spring semesters by order of the Kansas governor.*

Hays Symphony Concert has been canceled

Ellis City Hall closed to the public until further notice. City employees will still be available on premises during regular office hours and will be available by phone or email. Citizens should utilize the outside drop box, mail, or phone in utility payments.

Doerflers' Harley-Davidson closed until further notice. We will offer curbside service along with motorcycle pickup and drop-off by appointment.

Hays Recreation Commission including the Fitness Center closed through April 30, 2020

Hays United Methodist Church online services and broadcast on KAYS 94.3 FM and 1400 AM only

No bingo at the Heritage Eatery and Bingo in Hays

The Hays Senior center meal site is closed, but will still be offering to go meals and home deliveries to current home delivered customers. To arrange for food call 785-628-8824.

Community Assistance Center in Hays will have no shopping available until further notice.

The ARC Thrift Store in Hays closed until further notice.