The Fort Hays State men’s basketball program has announced the signing of point guard Quinten Rock to a National Letter of Intent for the 2020-21 season.

The 6’0” senior out of Smoky Hill High School in Aurora, Colorado averaged double figures in each of the last three seasons including 20.8 points per game this past season. Rock averaged 4.6 assists per game throughout his 97 game prep career. He dished out 7.3 assists per game as junior and 5.0 during his senior campaign.

Rock is the third high school senior to sign with the Tigers for the 2020-21 season joining 6’6” Traejon Davis out of Hoops for Christ High School in Oklahoma City and 6’9” Haggan Hilgendorf from Adams Central High School in Nebraska. 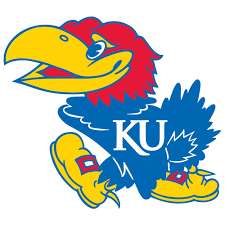 Azubuike, a senior from Delta, Nigeria, led Division I in field goal percentage at 74.8%, which helped his career percentage of 74.4% break the all-time Division I field goal percentage record of UCF’s Tacko Fall (74.0%). Azubuike led the Big 12 in rebounding (10.5 rpg) and double-doubles (15) and was second in the conference for blocked shots at 2.6 per game. A unanimous All-Big 12 First Team selection who was named Big 12 Player of the Year, Azubuike was the only player in the conference to average a double-double (13.7 ppg, 10.5 rpg).