Second-ranked Bearcats too much for Tiger men

MARYVILLE, Mo. – No. 2 Northwest Missouri State shot 61-percent in the first half including 10-of-19 from 3-point range to build a 28-point halftime lead and beat Fort Hays State 83-57 Saturday afternoon at Bearcat Arena.

The Tigers got off to a good start. Calvin Harrington, who made his first start of the season, hit a 3-pointer to tie the game 5-5 then Jared Vitztum scored near the rim to pull FHSU with 13-11 at the first media timeout but Northwest scored the next 11 points and were never threatened again.

FHSU outscored NWMSU 38-36 in the second half, but the first half damage was too much to overcome. The Tigers brought the Bearcat lead down to 21 by opening the second half on a 12-5 run, but that was as close as they could get after halftime. The Tigers shot 53.8 percent from the field and 60 percent beyond the 3-point line after the break.

Alvin Thompson scored 10 of his team-high 12 points in the second half. Jared Vitztum added 11 along with a team-high seven rebounds.

Sophomore Trevor Hudgins recorded a triple-doublefor Northwest scoring 10 points along with a career-high 11 rebounds and 11 assists. 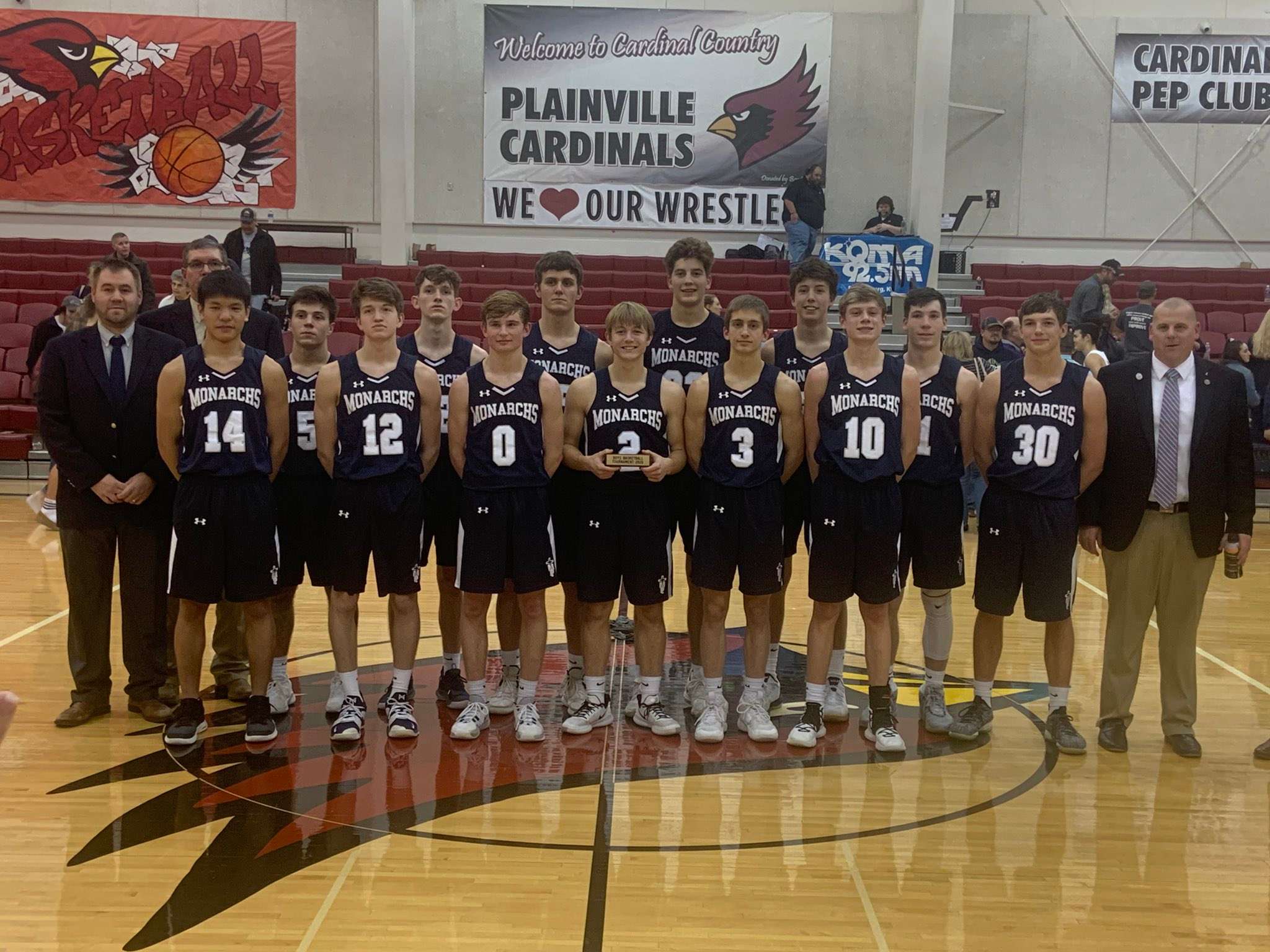 PLAINVILLE – The TMP-Marian Monarchs outscored Phillipsburg 10-4 to start the game and never trailed the rest of the way as they claimed the 2020 Mid-Continent League tournament championship Saturday with a 59-46 win over the Panthers.

TMP had lost the last two MCL title games to the Panthers and tt's the first MCL tournament title for the Monarchs since 2016.

Phillipsburg opened the game with a 4-2 lead but TMP answered with a, 8-0 run capped off by back-to-back Ryan Stoecklein field goals to put the Monarchs up 10-4. They extended their lead to seven, at 16-9 before taking a 16-11 lead into the second quarter.

The Panthers trimmed TMP’s lead to 16-13 to open the second quarter when Jackson Schulte hit his first of five three-pointers on the night to put TMP up 19-13. A Lucas Lang field goal midway through the second quarter gave TMP their largest lead of the first half at 26-17.

Phillipsburg finished the first half with a flurry of field goals and trimmed the TMP lead to just 28-22.

The Monarchs extended their lead to 10 at 39-29 to open the third quarter when Schulte hit back-to-back threes and Stoecklein added his second three of the game. The lead grew to 12 at 44-32 on a Lucas Lang three-pointer. TMP led 48-38 after three quarters.

Jackson Schulte led three Monarchs in double-figures with 15 and Carson Jacobs finished with 11 points and 12 rebounds.

Ty Sides for Phillipsburg led all scorers with 19 points.

TMP improves 10-1 with their 10th straight win. Phillipsburg drops to 8-5 on the season.