CLAREMORE, Okla. – Fort Hays State’s first meeting with Rogers State was a memorable one. After trailing most of the game, the 13th-ranked Tigers used a 21-4 fourth quarter run to turn a 10-point deficit into a seven point lead then held on in the closing seconds for a 71-69 win over the Hillcats Saturday afternoon at the Claremore Expo Center.

Rogers State (2-14, 0-7 MIAA) went 11-of-20 from beyond the arc and led for over 31 minutes of the game but the Tigers (13-2, 4-2 MIAA) clamped down defensively forcing eight fourth quarter turnovers which turned into 11 points and helped them to their seventh straight win.

The Hillcats used a 9-2 run to go up five with 2:24 to play in the first quarter. The Tigers (13-2, 4-2 MIAA) scored the next six points and tied the game 14-14 at the quarter break. They led 17-16 early in the second before Rogers State scored nine straight and led by as many as nine in the first half.

The Hillcats pushed the lead to 11 twice in the closing minutes of the third quarter and were up nine heading to the fourth. A 3-pointer from Lilly Garner gave RSU a 10-point lead early in the fourth but the Tigers clamped down defensively, holding the Hillcats to two points over the next eight minutes. 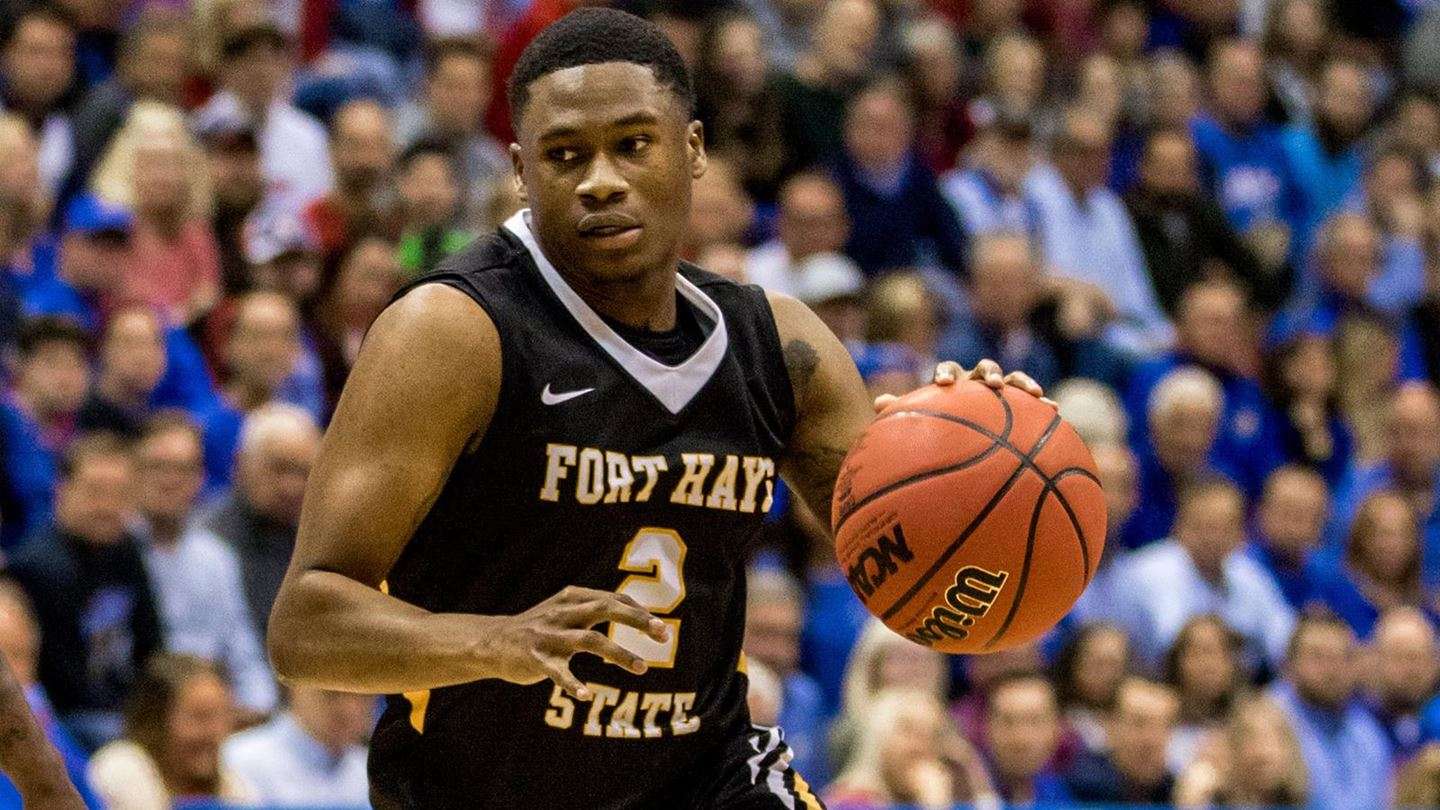 Fort Hays State Men's Basketball looks to get on the winning track Saturday when it meets Rogers State for the first time in history at 4 pm in Claremore, Oklahoma. The Tigers are looking to snap a three-game losing skid and claim their first win in MIAA play. FHSU enters at 6-7 overall, 0-5 in the MIAA, while RSU is 11-4 overall and 3-3 in the MIAA.

Fort Hays State still searches for its first conference win of the season after a 76-70 loss at Northeastern State on Thursday night. The Tigers have allowed 50 percent or better shooting from the field in three straight games, so strong defense could be a key to the Tigers snapping out of their early-MIAA season funk. The Tigers have allowed 10.4 three-point field goals per game to the opposition in their five MIAA contests so far this season, including 12 per game in their last three MIAA games. FHSU has allowed at least 50 percent shooting from the field in four of their five MIAA games so far, with 43.1 percent as the season low by Emporia State which ended in a three-point loss (closest loss in conference play so far).

Jared Vitztum scored a season-high 18 points on Thursday night at Northeastern State, leading the Tigers with four of the team's 13 three-point field goals in the game. The 13 three-pointers matched a season high by the Tigers, also accomplished against Sterling, but it was not enough as NSU hit 12. NSU outscored FHSU by just one point on field goals overall, but by five at the free-throw line. Also reaching double figures in scoring were Aaron Nicholson (15), Jake Hutchings (14), and Devin Davis (10). Nicholson and Hutchings each buried three shots from beyond the arc.

The Tigers have four players averaging double figures in scoring, led by Vitztum at 12.5 per game. He is also the team leader in rebounds at 7.2 per game. Nyjee Wright leads in assists at 2.5 per game.

Rogers State also has four players averaging double figures in scoring, led by Marques Sumner at 13.1 points per game. The Hillcats, like the Tigers, are one of the better free-throw shooting teams in the nation. Rogers State has a success rate of 80.6 percent to rank sixth in the nation, while FHSU shoots 78.8 percent at the line to rank 17th.