The Tigers are coming off a pair of losses at home to Missouri Southern and Pittsburg State. Last season, the Tigers split their regular season series with Northeastern State, winning by four in Hays before falling by 10 in Tahlequah. The loss in Tahlequah snapped a four-game win streak in the series for FHSU.

Jared Vitztum is now the team leader in scoring at 12 points per game, while also leading the team in rebounds at 7.2 per game. Devin Davis (11.7), Jake Hutchings (10.8), and Nyjee Wright (10.6) also average double figures in scoring. Wright leads in assists at 2.3 per game.

Caleb Smith leads the RiverHawks at 16.6 points per game, followed by Kendrick Thompson at 12.4 per game. They are the only two NSU players averaging double figures on the season. 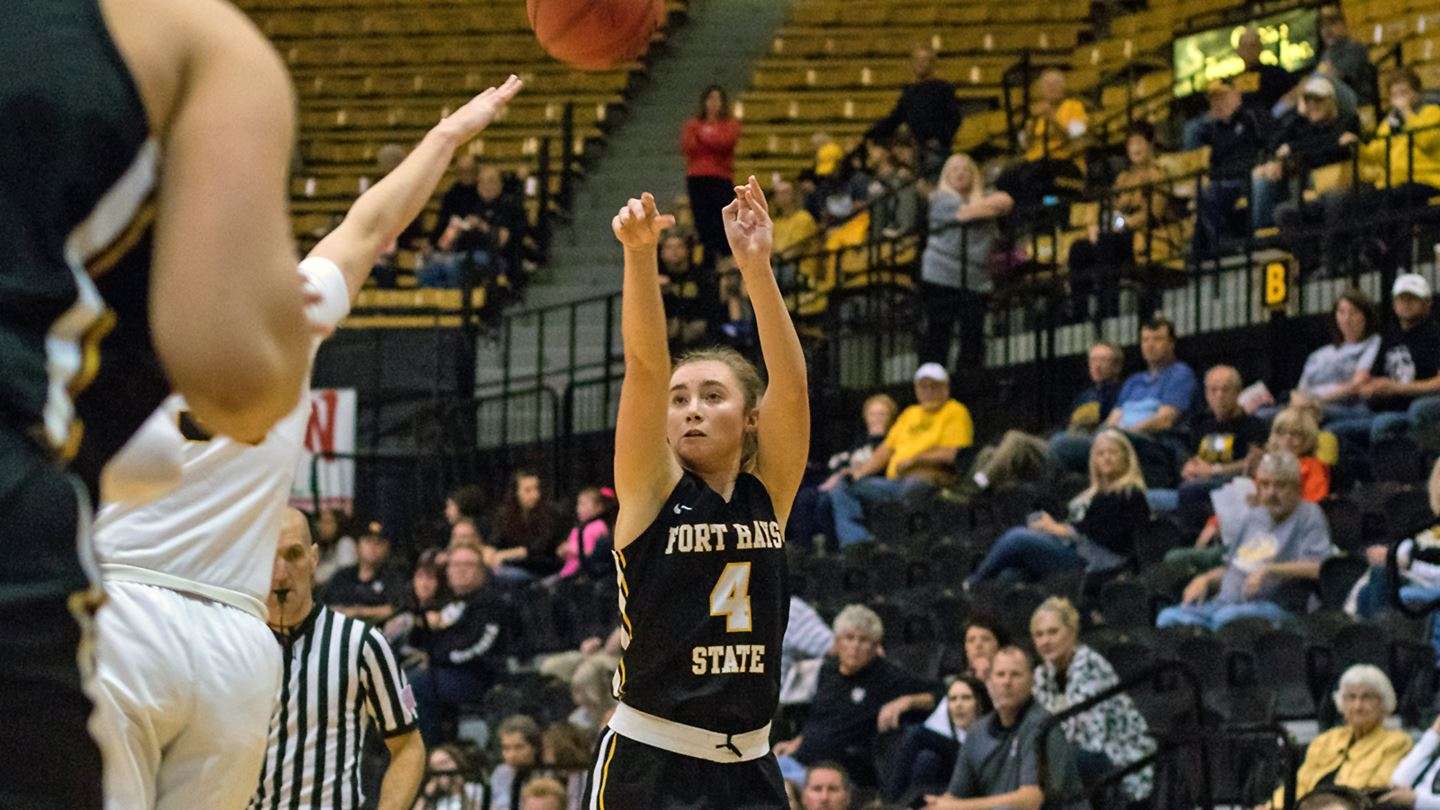 The 13th-ranked Fort Hays State women's basketball team will take a five-game winning streak on the road this week when the Tigers take on Northeastern State Thursday evening in Tahlequah, Okla. Opening tip in the MIAA matchup is set for 5:30 p.m. from the NSU Event Center.

The Tigers (11-2, 2-2 MIAA) are coming off a pair of conference victories last weekend, including a thrilling 75-74 win over Pittsburg State. The RiverHawks (4-8, 2-3 MIAA) opened the new year with a pair of road losses, falling to Missouri Western and Northwest Missouri State.

Fort Hays State has dominated the all-time series with NSU, winning 13 of the 16 contests and each of the last 12. The Tigers are 5-2 all-time in Tahlequah, including wins in five consecutive road games. The last RiverHawk victory in the series came midway through the 2013-14 season, nearly six years ago (1/18/14, 49-48 in Tahlequah). FHSU is 13-2 overall and 5-2 on the road against the RiverHawks under head coach Tony Hobson.

The Tigers never trailed in their last trip to Tahlequah, leading wire-to-wire to win 90-66 (2/23/19). The victory gave the Tigers the 2018-19 regular season MIAA championship.

Kacey Kennett averages 11.2 ppg in six games against the RiverHawks, including a 23-point outburst in the last trip to Tahlequah, her highest scoring output against a DII opponent. Whitney Randall has scored 8.5 ppg in four matchups with NSU.

The Tigers have had success in road games in Oklahoma under Hobson, winning 10 of 15 games in the Sooner State since 2008.

Whitney Randall, Jaden Hobbs and Lauryn Reither are all returning to their home state for the upcoming road trip. Interestingly, the Tigers have just as many players on its roster as Northeastern State.

The RiverHawks sit just behind the Tigers in a tie for ninth in the conference standings. NSU ranks 14th in the MIAA in scoring, putting up 61.8 points per night while allowing 65.7 points each evening. They rank 19th in the country with a free-throw percentage of 77.5 percent. Cenia Hayes paces the team with 16.3 points per night, fourth-most in the MIAA. Hayes is also the team leader in rebounds, grabbing 6.6 boards per contest. Morgan Hellyer (2.2 apg) and Shae Sanchez (2.1 apg) lead the way in assists.