Hays opens 2020 at Pratt with a split

Hays High opened the 2020 portion of their season with their first road trip of the year.  The destination Tuesday night was Pratt to take on the Greenbacks.

Pratt looked like they would blow Hays out of the gym in the first five minutes of the game starting the game on an 8-0 run and expanding the lead to 12-2.  Hays used a 9-2 run to get within three at 14-11 with less than a minute to go in the first quarter.  The Greenbacks powered their way back to a double digit advantage with a 10-1 run that had the Indians trailing 24-12 with 5:40 left to go in the second quarter.

Hays then slowed the Pratt offense down and by halftime forced their way back into the game down by seven at 26-19.

Hays started the third quarter on an 8-0 run to grab their first lead of the game.  The quarter finished as an 11-4 advantage for the Indians.  The final three point came from Maia Lummus as she hit a three pointer with ten seconds left before the quarter expired for a 3o all tie.

Lummus continued her hot shooting into the fourth quarter dialing up three more distance shots.  The last gave the Indians a 41-39 lead with 3:30 left.  Aleyia Ruder then took over the scoring with eight fourth quarter points.  The lead continued to swap hands between the two teams.  The final Ruder points, her 16th of the night, gave the Indians a 49-47 lead with :54 left in the game.

Pratt owned the final moments of the game as they outscore Hays 6-1 for a 53-50 victory.  Hays did have a chance to tie the score with 3.7 seconds remaining but made just one of two free throws.

Aleyia Ruder led the team with 16 points and Maia Lummus scored 12.  The numbers were career highs for both players.

Hays scored eight points in the first ninety seconds of the game and never looked back on their way to a 62-42 win.  Hays used a 12-0 run following Pratt's basket to control the game 20-2 and then 20-3 after the first quarter.

The score difference stayed between 18 and 22 points for most of the second and third quarter.  The Indians led by as many as 29 in the fourth quarter.

Hays put their shooting and athleticism on display in the first nine minutes of the game making eight of their first fourteen shots.  TJ Nunnery nailed down a one handed dunk in the first quarter and then a two handed alley-oop pass from Carson Kieffer.

Nunnery led all scoring with 14.  Dylan Ruder and Dayln Schwarz each scored ten.

Hays is home on Friday to open up Western Athletic Conference play with Liberal. 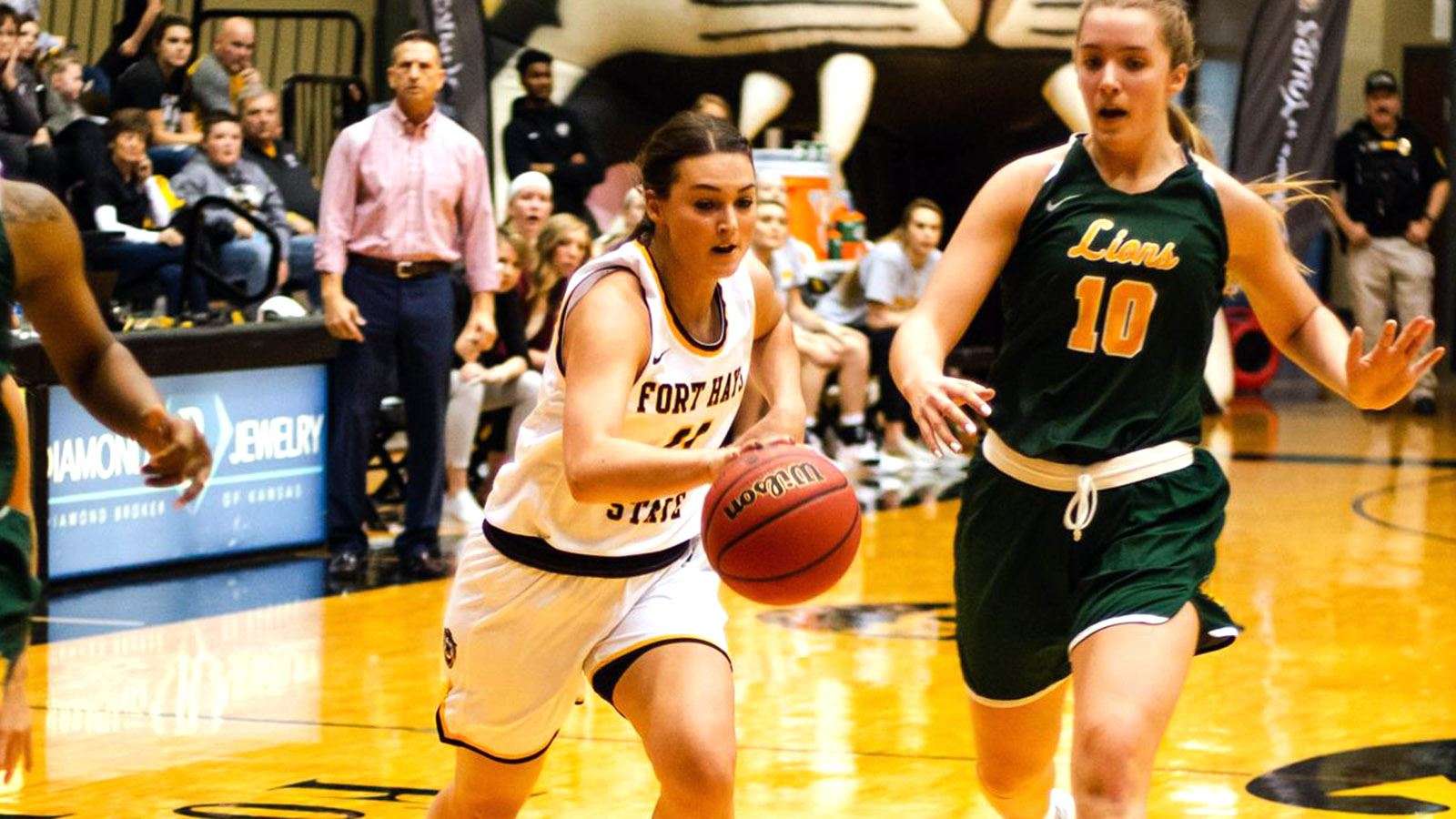 The Gorillas (7-5, 3-1 MIAA) went 9-for-12 from the floor in the fourth quarter and had a chance to take the lead with a little over five seconds to play but Athena Alvarado missed two free throws.

Kasey Kennett was fouled after grabbing the rebound but missed both of her free throws with 2.5 seconds to play but a guarded deep 3-pointer from Tristan Gegg came up short at the horn.

Alvarado led the Gorillas with 21.

The Tigers closed the second quarter on a 10-2 run and led by 11 at halftime. The were up 10 after three quarters before the Gorillas opened the fourth on a 10-3 run to pull within three.

PSU was within one on two different occasions in the fourth but failed to take the lead.

FHSU shot 48-percent for the game including 4-of-9 from beyond the arc.