Fort Hays State returns to action on Monday night when it plays host to Pittsburg State at Gross Memorial Coliseum. Tipoff is set for 7:30 pm, which follows the women's game at 5:30 pm. The Tigers and Gorillas both enter the contest winless in conference play, both at 0-3. FHSU is 6-5 overall and PSU is 4-8 overall.

The Tigers are looking to bounce back from their first home loss of the season, a setback to No. 18 ranked Missouri Southern on Saturday evening. It was Missouri Southern's first win in Hays since the 2011-12 season.

The Tigers will now attempt to protect a four-game win streak overall against Pittsburg State. The Tigers swept the Gorillas last year with a two-point win on the road and a 10-point win at home. FHSU won the only meeting with PSU in both the 2016-17 and 2017-18 seasons. Pittsburg State's last win in the series occurred in February of the 2015-16 season in Pittsburg. FHSU claimed the last three meetings between the schools in Hays.

Jared Vitztum led the Tigers with 17 points in the loss to Missouri Southern on Saturday, while Calvin Harrington added 11. Vitztum is now averaging 11.5 points per game, just behind team-leader Devin Davis at 11.7 per game. Jake Hutchings also averages over 11 points per contest, holding an 11.3 average.

Pittsburg State enters on a seven-game losing streak overall. The Gorillas fell in overtime on Saturday evening at Nebraska-Kearney by a score of 81-80. 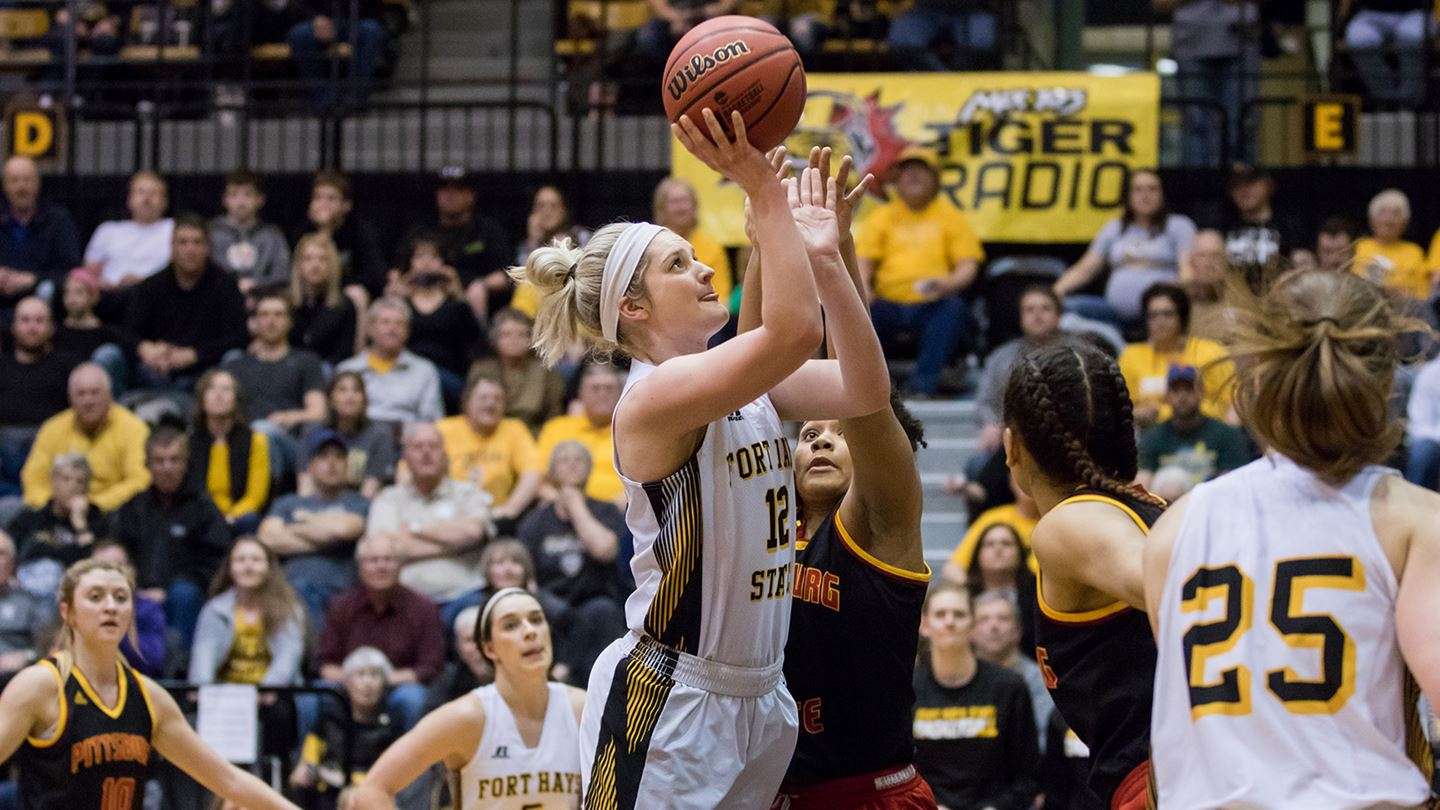 After trailing by as many as eight points in the first half, the Tigers rallied to knock the Gorillas out of the postseason in last year's Central Region quarterfinal, 74-65 (3/15/19). Belle Barbieri paced the team with 17 points, while Taylor Rolfs added 16. Madison Mittie scored a season-high 11 points on 4-of-5 shooting and Kacey Kennett put a double-double (12p, 11r).

Kennett averages 10.0 points and 5.2 rebounds in six games against PSU. Barbieri has averaged 8.4 points in five meetings with the Gorillas. Rolfs is scoring 8.3 points in six contest against Pittsburg State, including two games with at least 16 points.

After dropping three non-conference games over the first month of the season, the Gorillas have bounced back to win five of their last six games, including their first three conference matchups. They are one of three undefeated teams remaining in league play. PSU is 3-1 in true road games this season.

Pittsburg State sports one of the strongest offenses in the league, ranking second with an average of 80.0 points per night. They surrender 67.5 points per contest to opponents, 10th in the MIAA. Four Gorillas rank in the top 20 in the MIAA in scoring, including conference-leader Tristan Gegg and her 18.3 points per night. Athena Alvarado adds 15.9 points per game, with Maya Williams chipping in 13.7 ppg and Kaylee DaMitz averaging 13.2 ppg. Williams grabs a team-high 8.6 rebounds per contest, with Alvarado close behind with 8.5 rpg, both ranking in the top five in the league. DaMitz ranks second in the MIAA with 4.8 assists per game.