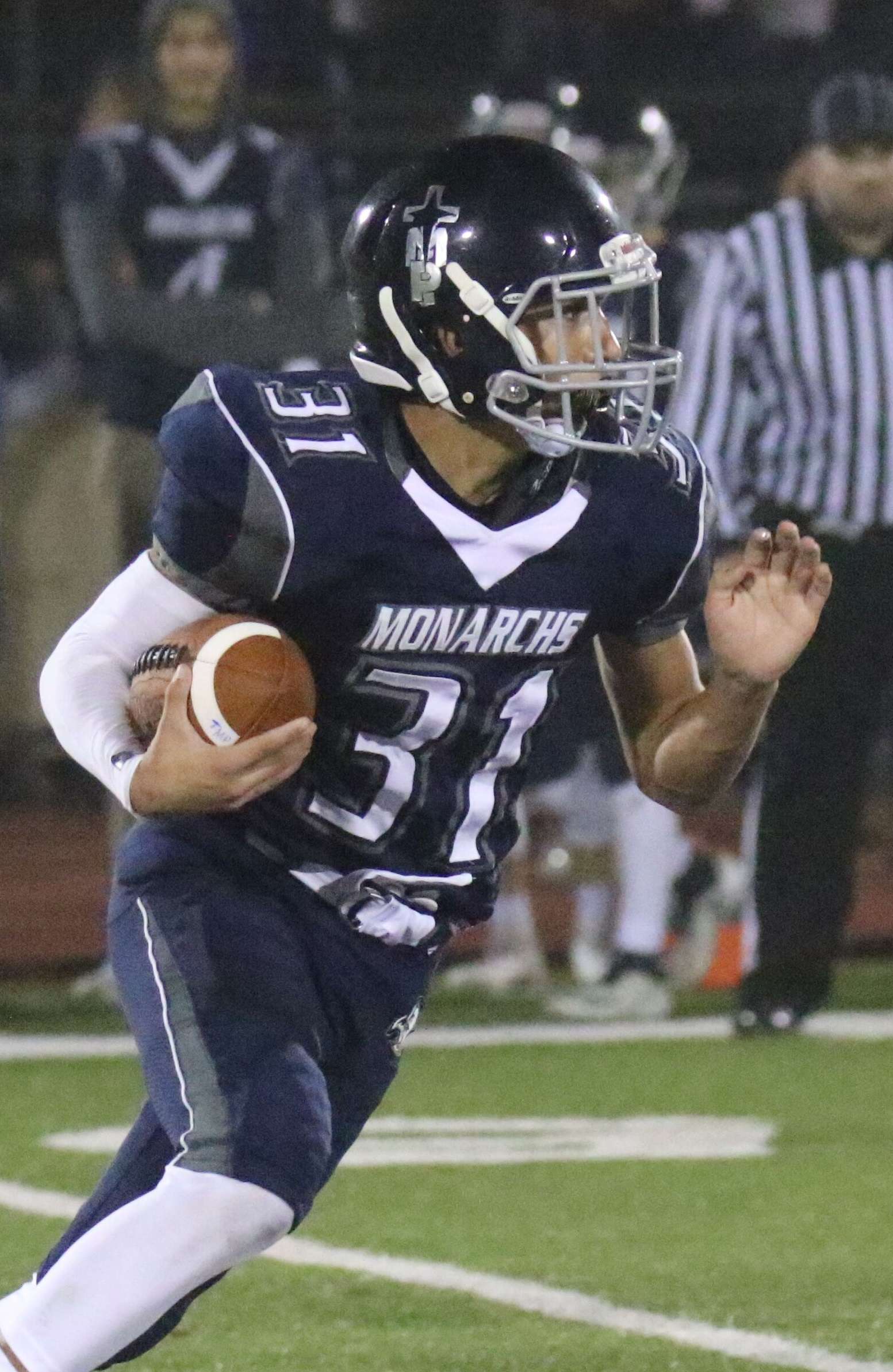 The TMP-Marian Monarchs had three players named to the 2019 All Mid-Continent League Monday.

Senior linebacker Colby Dreiling and freshman defensive back Kade Harris were each named to the second-team defense and senior defensive linemen Weston Pfeifer was an honorable mention selection.

Harris was also named to the honorable mention as a retuner.

Dreiling recorded double-digit tackles in seven of the teams nine games this past season and finished with 100 tackles and two interceptions. Harris recorded 69 tackles.

Pfeifer finished second in the league in sacks and fifth in 2A with seven. He also recorded 52 tackles.

Trego’s Hunter Price was a first-team selection on both the eight man offense and defensive all-league teams. He was joined on the offensive team by his teammate Dillon Dunn. 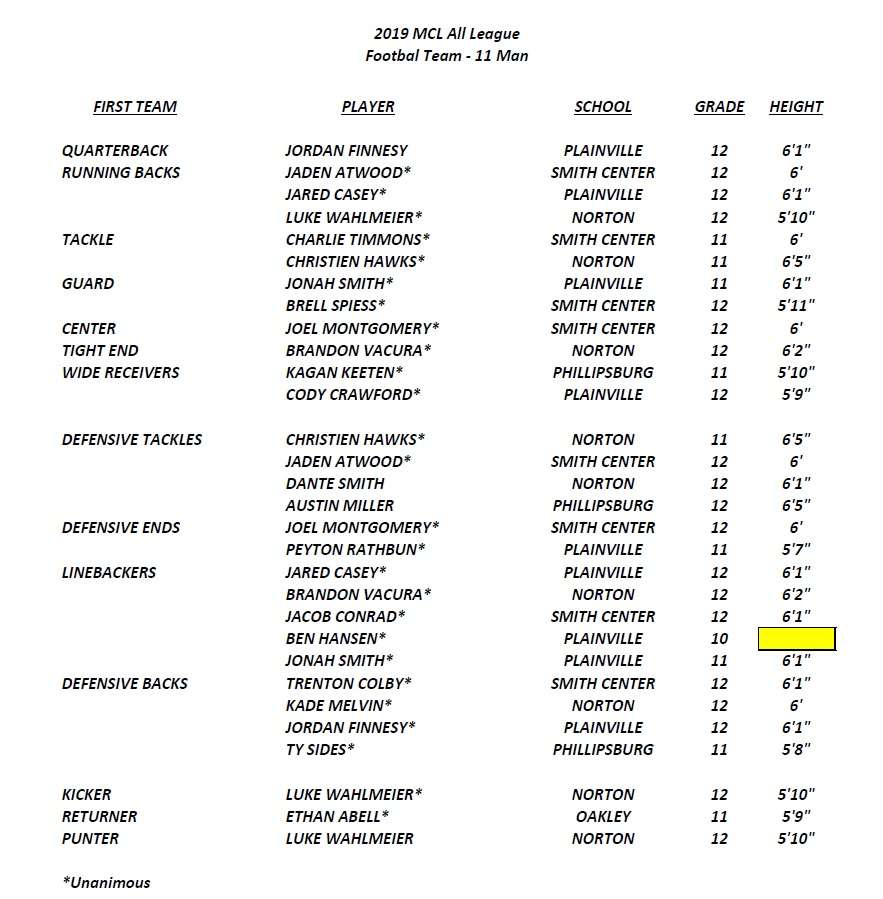 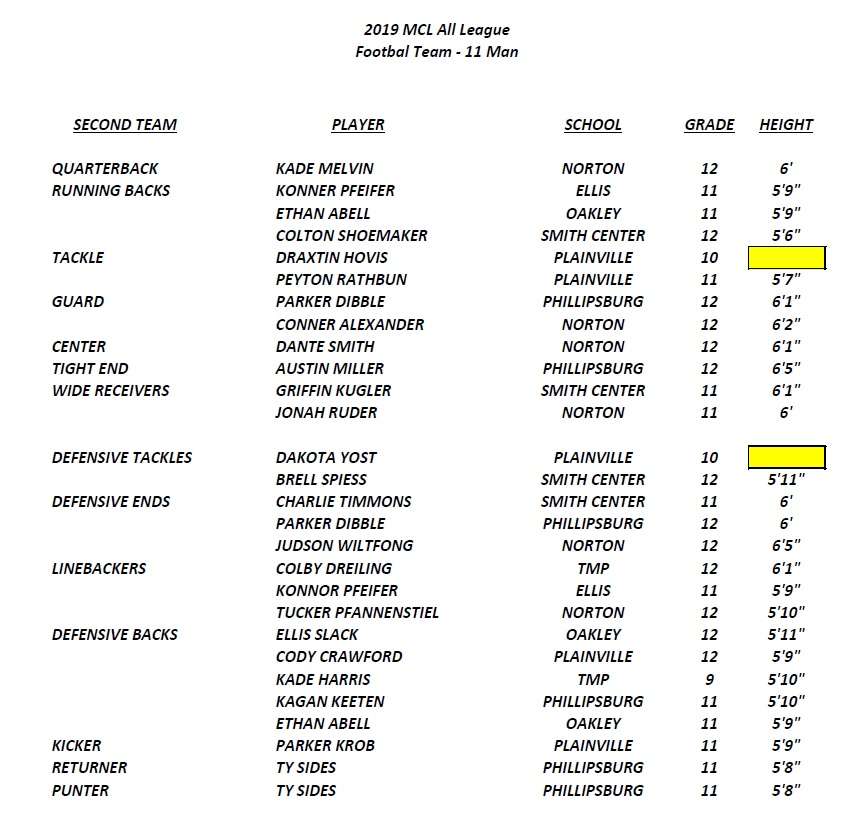 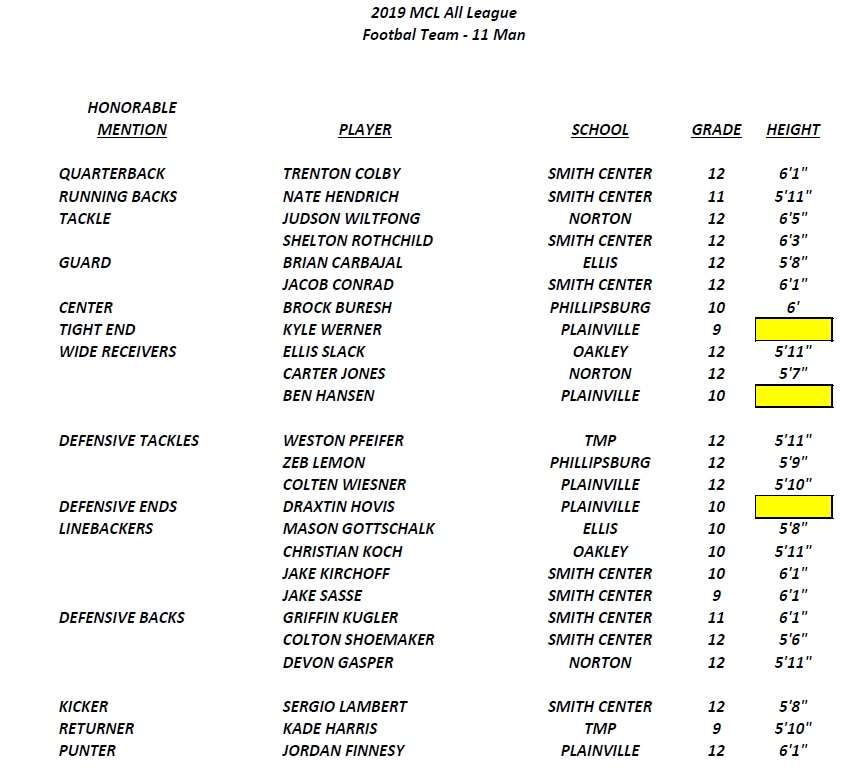 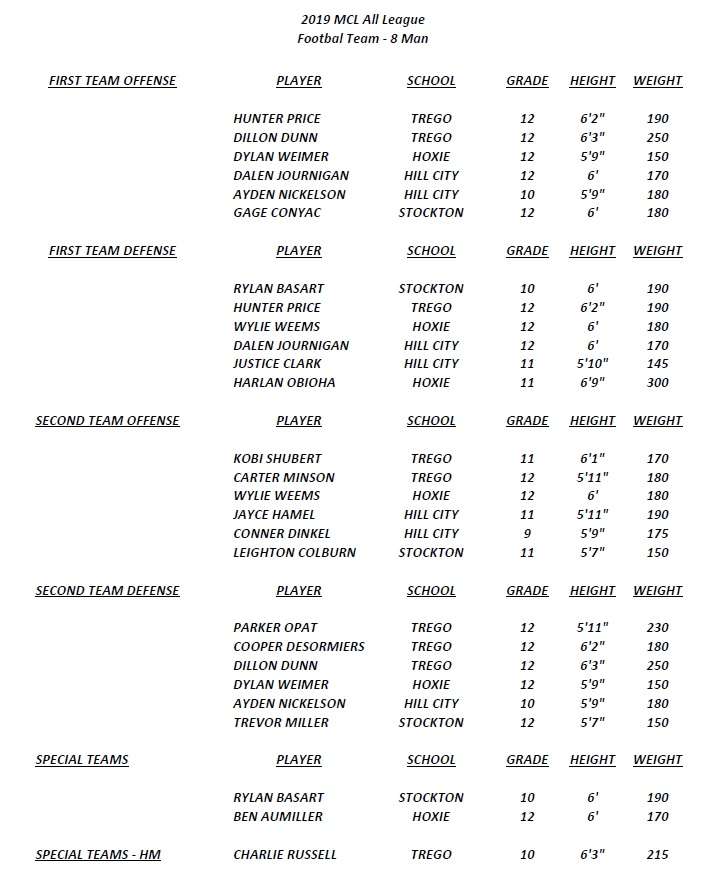