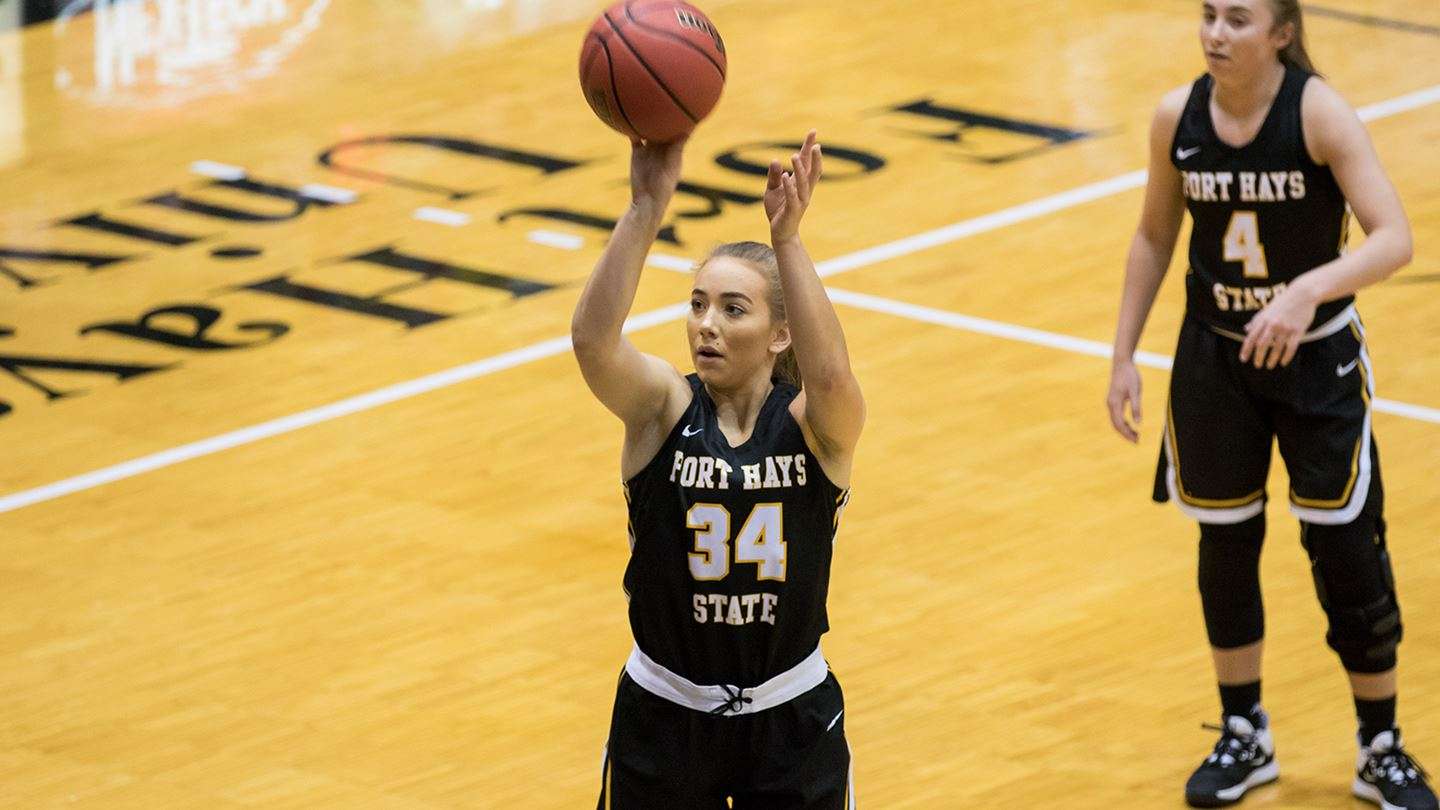 The No. 3/5 Fort Hays State women's basketball team returns to action Monday when the Tigers host the University of Saint Mary (Kan.) inside Gross Memorial Coliseum. Tipoff is set for 6 p.m. and can be heard on KJLS (103.3-FM).

Fort Hays State brings a 4-0 record into the contest, while the Spires are 1-7 so far this season. Monday's matchup will be considered an exhibition contest for Saint Mary.

The Tigers and Spires have met three times in history, with Fort Hays State coming away victorious each time. FHSU is 2-0 against Saint Mary inside Gross Memorial Coliseum. The Tigers ran away with a 100-34 victory in the most recent meeting six years ago (12/16/13).

The Spires are coming off a 1-1 week in KCAC play, including their first victory of the season. Saint Mary averages 50.9 points per contest while allowing opponents an average of 75.1 points each night. They are led by junior Danielle Cassady, who averages 12.0 points, 4.1 assists, 3.5 rebounds and 2.8 steals per night. Freshman Macy Walker grabs a team-best 6.4 rebounds per contest.

The Tigers have played stout defense so far this season, ranking fourth in the country in scoring defense by allowing just 47.8 points per contest. Their scoring margin of 25.8 points is 12th-best in Division II. Fort Hays State moved into the top five in both national polls after its 4-0 start to the season, now ranking fifth in the WBCA coaches poll and third in the D2SIDA media poll.

Fort Hays State is 61-5 in November under Hobson, including 31 consecutive victories in the opening month of the season.

The Tigers are 13-8 when playing on a Monday during Hobson's tenure.