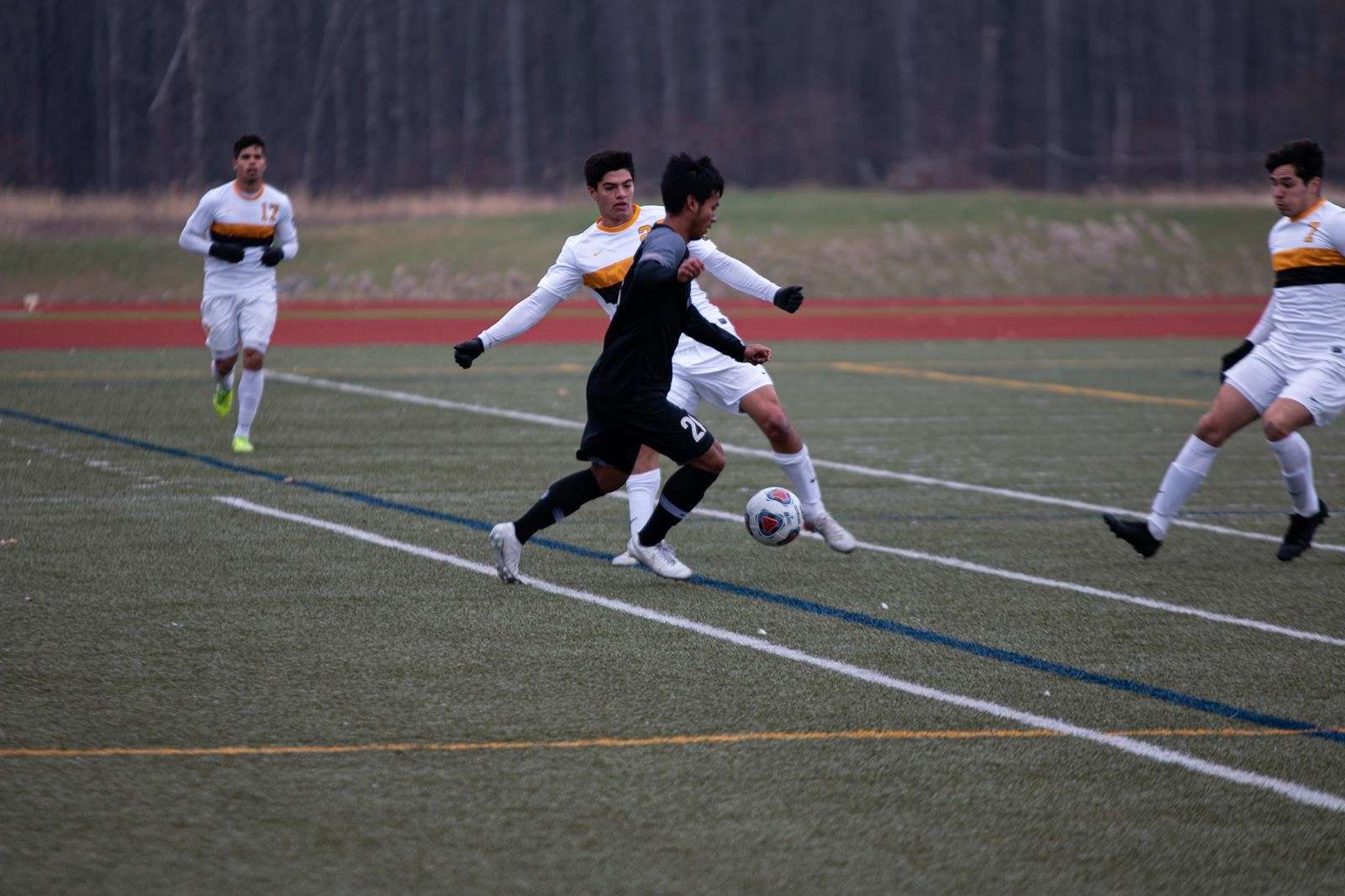 GENEVA, Ohio - No. 8-seeded Fort Hays State men's soccer faced off against the No. 9 University of Indianapolis in the first round of the NCAA Tournament, which saw the Greyhounds prevail in 90 minutes, 3-2.

FHSU's appearance in the match solidifies their streak as the longest consecutive participant in the NCAA postseason — notching eight straight years.

The Tigers swiftly collected their first goal of the contest. Senior forward Santiago Agudelo created a breakaway on a ball that was misplayed by a Greyhounds defender. With defenders nearing and goalkeeper Miles Palmer sprinting off of his line, the striker chipped the ball, hitting the underside of the bar off of a bounce and falling over the line for a 1-0 lead.

FHSU was able to collect another tally in the 21st minute. Just before the halfway line, junior midfielder Ross Boyd intercepted a pass and sent a through ball over the top of the UIndy defense. As the ball hit the ground, it found the feet of a sprinting Agudelo who, once again, chipped Palmer who had jumped off of his line.

Up 2-0, the Tigers continued to stand tall at the back line, but the relentless pressure from the Greyhounds managed to snag their first goal under a minute after the Black and Gold's second.

Javier Steinwascher played a cross towards the near post finding the head of Bryan Moreira, who slotted a ball into the top-left corner of the goal, beating goalkeeper Cullen Fisch to the post.

Under two minutes later, UIndy was able to bring the match back level. At the top of the 18-yard box, Ben Rohder was sent a pass from Mathias Skjeseth. Rohder, requiring only one touch, bent a shot with the inside of his foot to the far post.

Heading into halftime, the two sides presented an even draw.

Indianapolis was able to strike again in the 62nd minute, when Steinwascher entered the scoring column on a header, assisted by Jakub Olczyk.

As the clock continued to dwindle down, the Black and Gold persisted with aggression on the offensive end. Fort Hays State inched further toward the goal as time continued to get closer to the total 90 minutes.

In the final 90 seconds of the contest, FHSU hustled to create chances and nearly had an equalizer on a ball that ringed off of the crossbar.

In the final 10 seconds the Tigers collected one more chance.

As all 11 players rushed for their final attempt at goal, Boyd sent a corner kick into the box which was snatched up by Palmer as the clock expired.

The Tigers finished the match totaling eight shots, four of which hit the target and notched four corner kicks in the contest.

Fisch stopped three shots on six total shots on goal by the Greyhounds.

The Tigers loss concludes their 2019 campaign, which witnessed an overall record of 13-6-2 and rankings peaking at No. 3 in the nation.