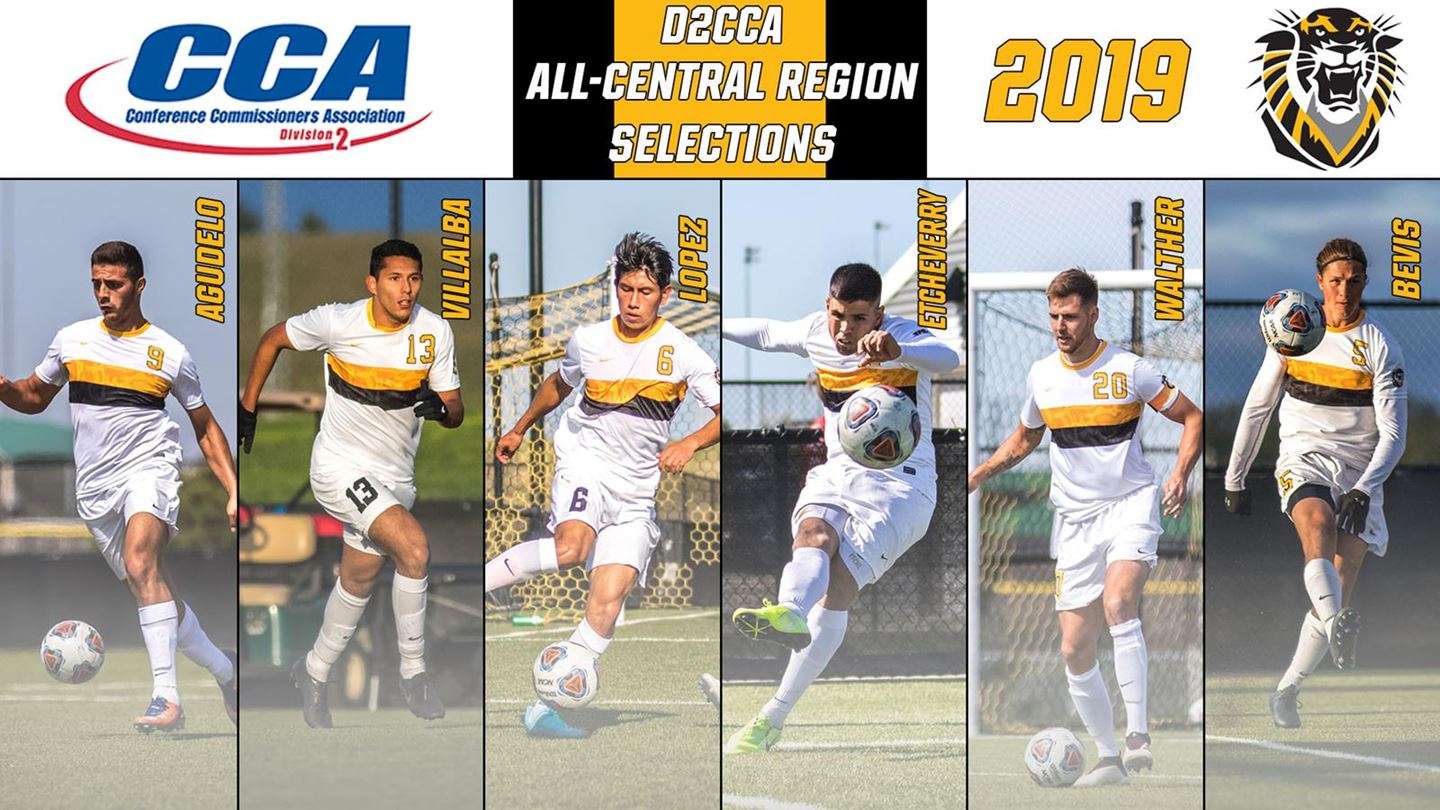 Last year, Agudelo went on to receive National Player of the Year honors last year by leading the nation in scoring with 58 points (26 goals, 6 assists). In two years on the field for FHSU, Agudelo has 93 points (40 goals, 13 assists, owning the career school records for goals and points.

Villalba, like Agudelo, is now a two-time D2CCA all-region performer. He earned second-team honors and improved his status to first team this year at defender. Villalba earned GAC Defender of the Year honors this season. A senior from Asuncion, Paraguay, Villalba is a three-time all-conference recipient. Villalba has appeared in 80 matches throughout his career at FHSU playing 6,412 minutes, accumulating 32 points (13 goals, 6 assists).

Lopez also elevated his status on the all-region team this year after a second-team selection last year. The Katy, Texas, sophomore midfielder was a first-team All-GAC selection this year and was the MIAA Freshman of the Year in 2018. He has 10 points this season with three goals and four assists and has a total of 24 points in his career so far in his two years at FHSU (9 goals, 6 assists).

Etcheverry earns the first all-region honor of his career at FHSU. The Asuncion, Paraguay, senior midfielder had a big GAC Tournament last weekend with four points, producing a goal and two assists. He now has four assists this season. Etcheverry was an All-GAC Second Team selection this year and has 16 points in his career over 62 matches at FHSU, producing 4 goals and 8 assists.

Walther earns all-region second team honors for the second-straight year, this time as a defender after getting the nod as a midfielder last year. He was an All-GAC Second Team selection this season. The Wiesloch, Germany, junior has 14 points so far this year with six goals and two assists. Over 40 matches at FHSU, Walther has 26 points (8 goals, 10 assists).

Bevis earns his first all-region honor as a Tiger. The Wichita defender earned GAC Freshman of the Year this season and earned an all-conference honorable mention nod. Bevis has four points this season with a goal and two assists, while leading the team in minutes played with 1,782. He played entire matches in 16 of 20 contests so far this year.