SEDGWICK COUNTY — Law enforcement authorities are investigating an armed robbery and have released details on the suspect.

Just after 10 a.m. Monday, police responded to an armed robbery call at the Little Caesar’s located in the 2500 block of South Seneca in  Wichita, according to officer Charley Davidson.

A  37-year-old female employee told police that as she exited the back of the business, an unknown male suspect got out of a white four-door sedan and approached her.  The suspect pushed her to the ground, pointed a gun at her and took the bank deposit money bag she was holding.

The suspect then ran and jumped over a fence and was last seen running east of the business into a residential area.  An unknown person driving the white sedan also fled.  The employee sustained minor injuries, and the loss was cash.

The suspect was described as a white male in his forties, 5-foot-7 with a large build.  He was wearing a camouflage vest, khaki pants, a camouflage bandana and a hat with an orange bill. 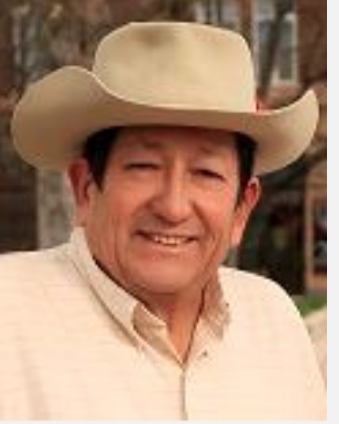 MANHATTAN, Kan. (AP) — An activist group is pushing for the resignation of Riley County Commissioner Marvin Rodriquez over comments he made related to coronavirus and Chinese people.

The Manhattan Alliance for Peace and Justice said Monday that Rodriquez should resign for saying at a March meeting that Manhattan, Kansas, wasn't at high risk for the coronavirus because it doesn't have many Chinese residents.

The advocates contend such remarks fuel hatred toward Asians, by promoting a belief that China is responsible for the coronavirus pandemic. Rodriquez had earlier apologized for his remarks, saying he likes Chinese food and has Chinese friends.