WICHITA, Kan. (AP)—The city of Wichita is considering banning plastic bags or implementing a city-wide tax to curb their use.

Either option would make Wichita the first city in Kansas to pass a plastic bag ordinance.

Other cities in the U.S. have banned plastic bags or imposed taxes on them. The task force is scheduled to meet this month to discuss what such a move could end up costing businesses and the city to implement.

WICHITA, Kan. (AP) — Wichita is considering banning plastic bags or implementing a city-wide tax to curb their use, officials said.

The City Council voted unanimously Tuesday to form a task force to consider how to reduce or eliminate single-use plastic bags in Wichita noting how they’re difficult to recycle and are not biodegradable.

Several other cities in the U.S. have either banned or taxed plastic bags in recent years. San Francisco and Portland have banned plastic bags entirely. Denver imposed a 10-cent tax per bag, while Chicago has a 7-cent bag tax.

Of Kansas’ neighboring states, only Colorado has plastic bag ordinances. Wichita would be the first city in Kansas to ban or tax the use of plastic bags.

City Council member Brandon Johnson said he was surprised by how many people and business support a ban.

“We have a lot of businesses that have already decided not to use plastic bags,” Johnson said. “Kroger reached out and said they would be interested in talking about it.”

The task force, which includes both activists who support taxing or banning the bags and business leaders who would be affected by the changes, is scheduled to meet this month to discuss the legality of the situation and what it could end up costing businesses and the city if a bag ordinance is implemented. 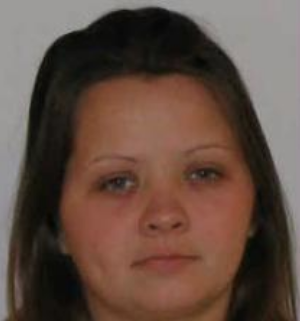 KANSAS CITY (AP) — A sister and brother were sentenced Friday for their roles in a marijuana distribution ring that involved mailing marijuana from Colorado to Missouri.

Natalie McNeil, 34, of Lee's Summit, Missouri, and Tanner McNeil, 30, of Denver, were in federal court in Missouri.

They are among five Missouri residents and two Colorado residents who have pleaded guilty and been sentenced in the case, prosecutors said.

Tanner McNeil and Benjamin Parker, 29, of Denver, shipped the marijuana to co-conspirators in Missouri in sealed packages inside plastic protein containers, prosecutors said. Each shipment usually contained between 4 to 6 pounds. A total of 121 packages (484 to 726 pounds of marijuana) were shipped during the conspiracy.

Natalie McNeil deposited cash in the bank accounts of Tanner McNeil and Parker in Missouri. The men then withdrew the money from Colorado banks.

A total of $1.7 million in drug proceeds were deposited in Missouri, Investigators determined Tanner McNeil and Parker withdrew about $1.3 million in Colorado