Off-duty officer shoots at intruder inside his Kansas City home 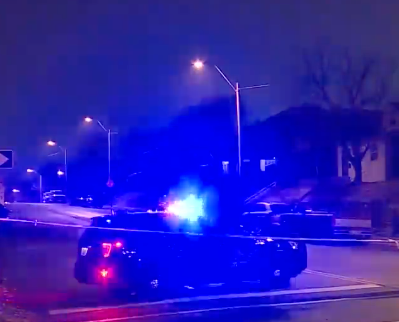 Police on the scene of the investigation photo courtesy KMBC-TV

KANSAS CITY (AP) — Authorities say an off-duty police officer has fired multiple shots at an intruder in his Kansas City home, although it's not known whether the intruder was wounded.

Police say in a news release that the officer came on his radio around 2:30 a.m. Monday and asked for help at his home. The officers said he was alone in his home when he heard sounds, went downstairs and found an unknown man inside.

The release says the officers fired multiple shots at the intruder because he feared for his safety and then ran from the scene.

The shooting is being investigated as an officer involved shooting.