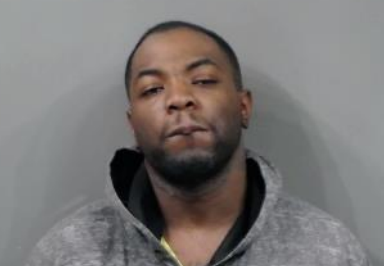 SEDGWICK COUNTY — Law enforcement authorities a shooting death and have made an arrest.

Just after 5 p.m. on Friday, the Wichita Police Violent Crimes Community Response Team officers were working to locate a suspect identified as 31-year-old Chevy Jones regarding the criminal homicide investigation involving a shooting early Tuesday that fatally wounded 31-year-old Robert Junior of Wichita at a residence in the 8500 Block of East Parkmont, according to officer Charley Davidson. 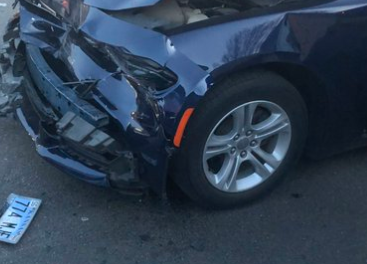 (The suspect's car after the crash-photo Wichita police)

Police saw Jones getting into a 2002 Grand Marquis in a parking lot at the apartments in the 2600 block of South Topeka. When they approached Jones to arrest him, he attempted to elude them by quickly accelerating in the vehicle and slamming into a WPD Lieutenant’s squad car.

Jones then fled the scene on foot and was arrested inside of Walmart at Pawnee and Broadway.

Jones is being held on requested charges of first-degree murder, aggravated battery, criminal possession of a firearm, obstruct, and outstanding warrants, according to Davidson.