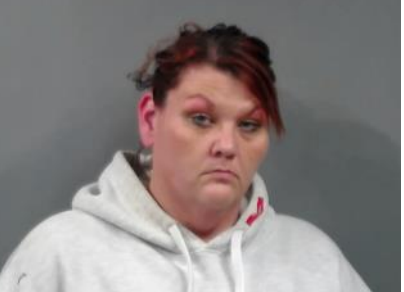 SEDGWICK COUNTY — Law enforcement authorities are investigating a package theft and have made a second arrest in the case. 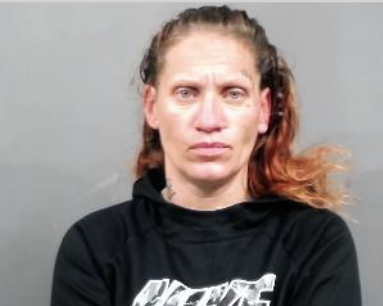 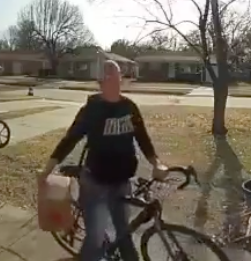 At approximately 2 p.m. on Monday, a 31-year-old homeowner reported an unknown female suspect later identified as Tammie Chaplin, 41, Wichita, of taking a package that was delivered to the home in the 3300 block of East Clark, according to officer Charley Davidson.

The victim posted a RING video of the theft onto the RING.com Neighbors Portal, which provided access for officers to view the video. Chaplin and two other individual suspects are seen in the video.

On Tuesday, officers were following up on the case and located Chaplin wearing the same clothes and riding the same bicycle as seen in the video of the theft. Officers contacted Chaplin and she was arrested without incident.

She remains jailed on requested charges of theft, unlawful possession of methamphetamine and outstanding warrants, according to Davidson.

On Friday, officers located 32-year-old Krista Dreiling at a home in the 5000 block of East Harry.  Through their investigation, Dreiling was arrested and booked into jail, and officers recovered the missing laser tag for kids set and returned it to the owner.

The case will be presented to the City of Wichita Prosecutor's Office, according to Davidson.

An increase in package thefts is generally seen during this time of year. Here are some tips you can do to help keep your property safe:

·         Have packages delivered to your home only during hours that you are there;

·       If you are not home or out of town, have packages delivered to a trusted neighbor or have that neighbor pick up the package for you;

·       Have packages delivered to a store you’ve ordered from, or you can have that package delivered to the carrier facility for pick-up;

·       Check with your employer and have packages delivered to your place of work during the day;

·         If you are a victim of a theft, call 911 to file a police report, and if you have surveillance video, you can provide that to WPD or send it directly to Sgt. Nikki Woodrow at [email protected]