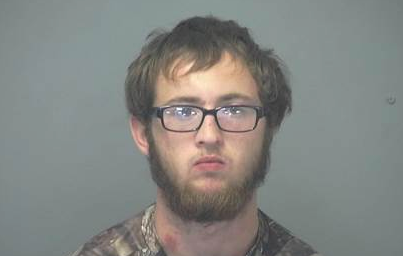 For the second time this month, police arrested Dylan Edward Wayne Upchurch, 18, of Arkansas City after he turned himself in this week, according to a media release.

The latest arrest was on suspicion of one felony count each of aggravated interference with parental custody and sexual exploitation of a child.

He also was arrested on suspicion of two felony counts of contributing to a child’s misconduct by sheltering or concealing a runaway, as well as one misdemeanor count each of possession of drug paraphernalia and possession of marijuana.

Upchurch was booked into the Cowley County Jail in Winfield in lieu of $75,000 bond through Cowley County District Court in Arkansas City.

On November 4, police arrested Upchurch on suspicion of one misdemeanor count each of contributing to a child’s misconduct, possession of drug paraphernalia and possession of marijuana after police were dispatched to the 400 block of North Seventh Street for a report of a juvenile runaway.

Officers located the 16-year-old girl runaway and her boyfriend, later identified as Upchurch, inside a vehicle at that address.

They noted a strong odor of marijuana coming from inside the vehicle. Police found rolled marijuana cigarettes, green vegetation and drug paraphernalia inside the vehicle. The juvenile was taken into police protective custody. Upchurch was arrested and later released. But on Nov. 13, the same 16-year-old Arkansas City girl was reported as a runaway again. Investigators found information linking Upchurch to the most recent runaway report, as well