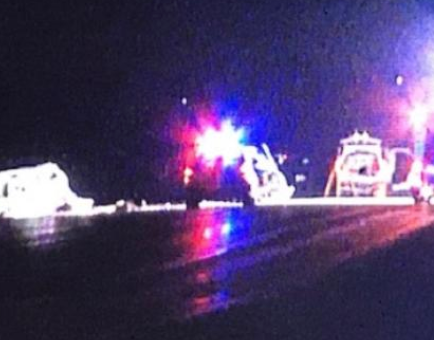 OSAGE COUNTY — One person died in an accident just before 8p.m. Thursday in Osage County.

EMS transported a passenger in the Chevy Jennarene S Hawkins, 24, Burlingame, Walters and three children in the Dodge Daymian M. Walters, 9; Serenity R. Qujnonez, 2 and Cherish P. Roney, 1, all of Lyndon to a Topeka Hospital where Hawkins died.

EMS transported Hess to KU Medical Center.  Hawkins and Daymian Walters were not wearing seat belts, according to the KHP.