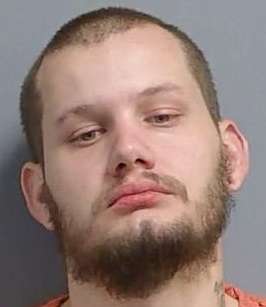 HUTCHINSON— A Kansas man convicted of aggravated criminal sodomy was sentenced Thursday to 16-plus years in prison.

The attorney for Nathan Crum had asked for some type of probation while the state opposed. Wichita attorney Steve Osburn says that he doesn’t have a substantial criminal history and that an evaluation showed he could receive sex offender treatment locally but District Attorney Keith Schroeder argued that any treatment can be done in prison.

Reno County District Judge Tim Chambers in his ruling stated that the legislature decided what the sentence should be and didn’t find any substantial and compelling reason to depart and ordered the sentence served.

Crum was found guilty of sexually assaulting a Hutchinson woman while they watched a movie at his home.

Crum admitted they had sex, but claims it was consensual. However, the evidence showed that she repeatedly said no and he ignored her wishes. The incident occurred Aug. 17, 2018 and apparently had a sexual relationship prior to this incident, broke up but then got back together. They had met on a dating website.

The state had charged him with one count of rape, but the jury found Crum not guilty of that count.

Crum has been in jail since the incident and will get credit for time served.