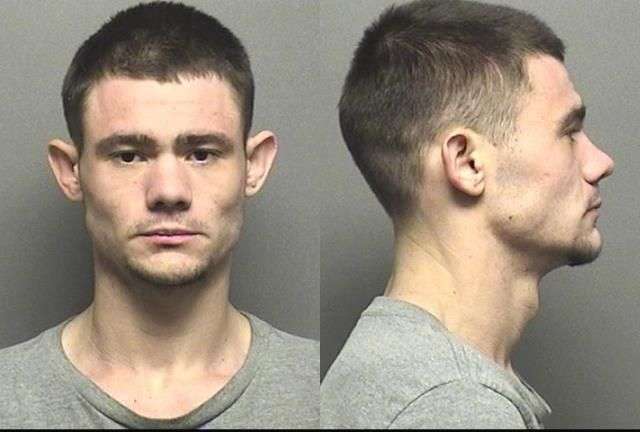 SALINE COUNTY — Law enforcement authorities are investigating a Kansas felon on new charges after a high-speed chase in Saline County.

Just before 8 p.m. Friday, an officer at the intersection of South Broadway Boulevard and West Crawford Street in Salina observed a northbound dark-colored passenger car with a temporary tag and without its lights on making a left turn onto West Crawford Street, according to Salina Police Captain Paul Forrester. The officer initiated a traffic stop and the car stopped in the 700 block of Cherokee Drive.

As the officer got out of the patrol car, the suspect car took off south on Cherokee Drive and then turned right on Choctaw Avenue, heading back to West Crawford Street at speeds of up to 60 mph, he said. The car then headed west on West Crawford Street, and as it crossed Interstate Interstate 35, it accelerated to 95 mph, according to Forrester. At that point, the officer terminated pursuit.

The car became stuck in the ditch and had to be towed from the scene.

Deputies arrested Allen who was not injured, on requested charges that include, Flee and elude, Possession of methamphetamine, Possession of marijuana, Possession of drug paraphernalia, Driving while suspended and Speeding. He has previous convictions for drugs and criminal possession of a weapon, according to the Kansas Department of Corrections.