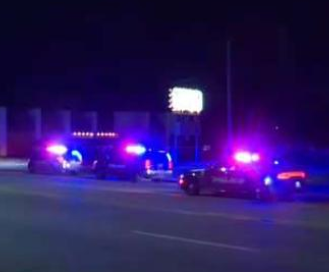 SEDGWICK COUNTY — Law enforcement authorities are investigating a fatal shooting and asking the public for help with information on the crime.

Just before 3a.m. Sunday, police responded to a shooting call at the 511 Club in the 500 Block of North West Street in Wichita, according to Captain Brent Allred. At the scene, officers found a 19-year-old woman later identified as Sonja Brown with a gunshot wound. EMS transported her to a local hospital where she died.

An initial lack of cooperation by witnesses has slowed investigators from knowing all the facts, according to Allred. “Based on the information police know now, Brown was not the intended target of the shooting. She was in the club with several others. Police do believe the suspect was there to assault another individual. When shots were fired, people started running and that is when Brown was shot.

Allred also reported that the club has a license to operate until 2 a.m and was operating after hours. Police are looking into this violation and the fact that 30 or 40 individuals were there after hours. “Those at the club need to come forward so we can hold the person responsible accountable.” Gang members may also be involved, according to Allred.