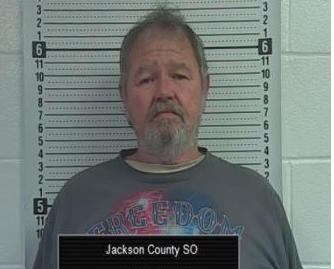 On October 22, Jackson County Sheriff’s Office investigators and deputies served a search warrant on the home a home in rural Mayetta, according to Sheriff Tim Morse. During the search warrant, law enforcement interviewed 63-year-old Ronnie Jack Dinger, and collected evidence from the scene.

Dinger was booked into the Jackson County Jail where and was later released after posting bond. He is expected to make a court appearance this week.